Chief Pat Bazemore (retired) joined Developmental Associates in 2015 as a Senior Consultant. She is certified in EQi 2.0 Analysis and Interpretation and works with DA in EQ feedback, coaching, and promotional assessments in public safety and a cross-section of positions in executive selection.

Pat was hired with the Town of Cary in 1986 as a patrol officer and two years later piloted the elementary DARE program for Wake County. In 1990, she was promoted to sergeant. She was the department’s first female lieutenant, first female captain, and first female major. In 2003, she became Cary’s first deputy chief. She served twice as the interim chief before being appointed chief on January 11, 2008.

Pat holds an Associate’s Degree in Criminal Justice from Wake Technical Community College, a Bachelor of Applied Science degree from Campbell University, and a Master’s Degree in Business Administration from Pfeiffer University. She has participated in advanced law enforcement training. She graduated from the FBI National Academy in Quantico, VA, completed the Administrative Officers Management Program at NCSU in Raleigh, and completed the City and County Administrators program through the School of Government at UNC-Chapel Hill. 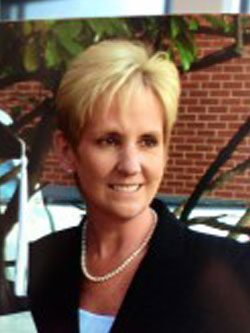